Not Afraid to Die

"Verily, verily, I say unto you, Before Abraham was...I AM."

These final words reverberate through the marble halls to the farthest corners of the temple.

Silences hangs like a thick cloud upon the vast assembly.

“The name of God, given to Moses to express the idea of the eternal presence, had been claimed as His own by this Galilean Rabbi. He had announced Himself to be the self-existent One, He who had been promised to Israel, ‘whose goings forth have been from of old, from the days of eternity.’"

Suddenly, the significance of the words just spoken hits the priests. Turning to one another with hatred and anger in their voices they cry out, “Blasphemer! He is worthy of death because He has made Himself equal with God!”

On hearing the outcry of the priests, many people begin to gather stones.

Seeing the multitude on their side, the leaders again raise the cry, “Blasphemy!”

As stones and angry voices are lifted toward the young teacher, He calmly hides himself and silently passes through the midst of them.

This is usually where the story stops, but wait...continue on to the next chapter.

Who was He passing by?

The multitude who was trying to stone Him.

So...as He is fleeing for His life He sees a man, who has been blind since birth.

What will Jesus do? Will He stop and help the poor man, or will he continue to flee knowing that His attackers are only steps behind him....

What would you do?

He is not worried about the angry mob. His focus is on the man who was born blind that the works of God might be displayed in him.

Gently, He approaches the man and making mud, places it on the blind man’s eyes, and tells him to go and wash in the pool of Siloam.

He was not afraid to die...he was afraid to pass the man by.

And today... He was not afraid to die...he was afraid to pass YOU by. 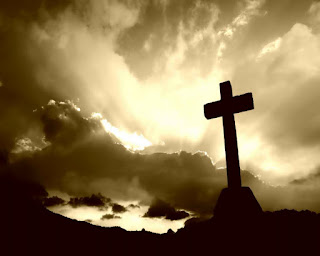 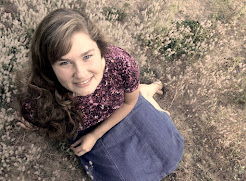 It’s simple…because it’s not about me, it’s about HIM. He is the reason I sing, and breath. The reason I love. He is my song.

In order to be God's special instrument, you should lean to no one, but hang upon Him alone, and, like the clinging vine, let your tendrils entwine about Him. He will make you a means through which to communicate His light to the people. - LS 201


So vast is the field, so comprehensive the design, that every sanctified heart will be pressed into service as an instrument of divine power. - T9 47

Men are instruments in the hand of God, employed by Him to accomplish His purposes of grace and mercy. - GC 343

He realizes that he is but an instrument, and that he must be passive in the Master's hands. - GW 142

God works by whom He will. He sometimes selects the humblest instrument to do the greatest work, for His power is revealed through the weakness of men. - CO 364

You cannot of your own self do anything. Regard yourself as an instrument in God's hands, and let His mind, His peace, His grace, rule in heart and life. - MM 51

Talk faith. Keep on God's side of the line. Set not your foot on the enemy's side, and the Lord will be your Helper. He will do for you that which it is not possible for you to do for yourself. The result... There will be in you a power, an earnestness, and a simplicity that will make you a polished instrument in the hands of God. - MYP 153

Sorrow and trial must come to all, and is beautiful only as it works to polish, to sanctify, and refine the soul as a fit instrument to do service for the Lord. - 4BC 1146